How Invoice2go does team building

Madeleine and the Invoice2go team had quickly adapted to going 100% remote by setting up bi-weekly virtual hangouts for the company. She was now looking for something fun to help the team stay connected. "A really big part of my mandate is driving culture and bringing people together. During this time that we're all remote, it's really important to me that we don't lose that sense of community."

While the event looked like a fit for Madeleine's goals, she had to convince her CFO on the budget. "We'd never done a virtual event before, so this was new for us." Working with our client advisor, Madeleine was able to get the price and scope to a place that worked for her team building goals. Invoice2go's first virtual team building event was a go!

The result: "It really got people talking"

While the Invoice2go team was already tight-knit, getting together to play games was welcomed by all. "Online Office Games was a way to say to the team: Don't work for these ninety minutes, just come, play games, have fun and eat some snacks". One of the more memorable activities for the Invoice2go team was a drawing game called "Can You Hear Me Now?". "It was very interesting and a bit challenging. It really got people talking".

Advice for events with 20+ people

A highlight for Madeleine's group was when their host, Kevin, lead them in a game called "Go Get It". It can be challenging to get 20 people to all do something fun and new. "It's nice to have a host who can get people to do stuff that's easy... but a little bit weird."

Additionally, having Teambuilding.com lead the group and facilitate the 90-minutes provided an unexpected benefit to Madeleine: She didn't have to think about planning and logistics! "My favorite part was having a host, so I could take part as well!" 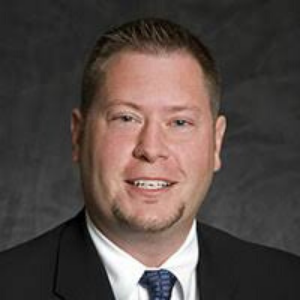 How Young's Market does team building

Founded in 1888, Young's Market Company is the premier distributor of fine wine and spirits in the western United States. As Vice President of Young's Direct, Gary oversees 7,000 customer accounts, $34M in annual revenue, and a team of 15 managers.

In the past, Gary motivated his team to produce high sales and maximize their performance through traditional routes like incentives, perks and recognition tools. Now with a distributed team, everything changed, and Gary needed a new strategy.

Gary and his team missed the good old days of team dinners, traveling for conferences, and interacting face-to-face. Gary wanted to bring back some of that office camaraderie with tiny campfire. "We wanted something fun and lively that would mimic what we used to do when we'd go out during big meetings, big dinners — something that would make us feel more like a team."

The result: "Not what I was expecting… it was awesome!"

There was a slight hesitation on Gary's part to try virtual team building, mainly because his team was already doing so many video calls per day and #zoomfatigue is real. "At first I was a little nervous because we've been doing a lot of online meetings lately. I also wanted something fun for the team that wouldn't seem cheesy."

After talking with a TeamBuilding advisor and learning more about the whats, whos, hows, whens and (most importantly) whys of tiny campfire, Gary decided to give it a try.

The post-event feedback from Gary's team let him know that he'd made the right choice. Some of the highlights included "Not what I was expecting… it was awesome!" and "I loved the Family Dutch Auction! It was fun to compete as a team and earn points".

Perhaps the best endorsement came from a team member who is a new parent. "While playing tiny campfire games today, I actually woke up my sleeping baby in the other room… so much fun it was totally worth it!"

Advice for events with 15+ people

One element of tiny campfire that Gary and team enjoyed most was TeamBuilding's creative usage of Zoom Breakout Rooms. "The breakout room games were really cool. I didn't know that was an option. They were definitely key." One of Gary's managers shared that tiny campfire allowed him to see his team members take on more leadership roles while he got to take a step back and be a participant. "As a manager, it was fun for me to see others on my team take the lead, especially in the breakout rooms. During tiny campfire, I got to learn more about my team and see their leadership skills in action."

"Hidden talents were exposed, joking and bonding were able to happen— all because it was organized so well" 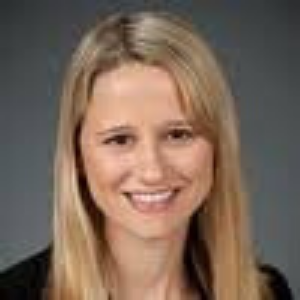 How Training Leader does team building

In the past, Lacy and the Training Leader team would get together quarterly to play games like Pictionary and trivia in the office. Now that her team was working remotely, Lacy needed a way to keep their game-loving company culture alive and well. "We're a tight-knit team, and I needed to find new ways for us to bond during this time."

The result: "Kevin did a great job of highlighting different people throughout to let them shine"

Often in small work groups, team members can take on certain roles and stay within those roles whether they want to or not. Online Office Games provided Lacy and her team the opportunity to break out of their shells a bit more than normal. "Hidden talents were exposed, joking and bonding were able to happen— all because it was organized so well."

Reflecting on her team's experience with Online Office Games, Lacy immediately thought of one person in particular. "I have a colleague who is typically a bit quieter at work, but during one of the games, she was one of the best describers of images because of her art background. It was great to see her standout like that."

Advice for events with 11+ people

For smaller teams like Lacy's, it is rare that everyone can participate in team building events as someone usually has to run it. This aspect was a huge benefit to Lacy who appreciated TeamBuilding's ability to manage everything from start to finish which allowed everyone to take part. "I wanted to have a fun environment for my team where everyone could participate and forget about business for a bit. I knew it would be organized well as that's what you guys do!"

And for those new to working remotely, a little escape can go a long way. "For my team, we are all working in new environments, alongside kids and pets, and it's been a challenge. In the breakout rooms we were interacting, laughing, and learning about each other outside of work. It was just nice to just take a break from the chaos and have some fun."

"It was a quick set up, and we appreciated the flexibility to work around our team's requests" 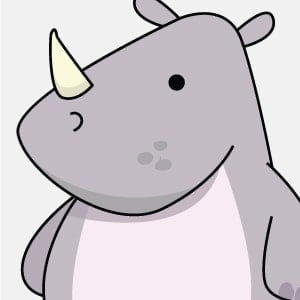 Almost a decade ago, Google set out to find what made "the perfect team". The company's researchers launched an ambitious research project, analyzing everything from how frequently particular coworkers ate together to which traits the best managers shared.

The results were clear: The best teams don't just appear out of thin air; they are built from the ground up.

The key finding from the research project was that it mattered less about who was on a team, and more about how the team worked together. With the world changing quickly, the HR Manager needed to find ways to keep their teams strong.

They also needed a virtual team building company that could move fast. From the start, they noticed that TeamBuilding was up for the challenge. "It was a quick set up, and we appreciated the flexibility to work around our team's requests."

The result: "It was great! Now I want to try tiny campfire for my teams"

Not only did TeamBuilding's speed and organization meet this big tech company's high expectations, the HR Manager was impressed by the suite of virtual team building events offered beyond Online Office Games such as Nerd Talks and tiny campfire. "It was great! Now I want to try tiny campfire for my teams."

Advice for events with 30+ people

The HR Manager helped organize a TeamBuilding demo event for 30+ operations management staff to understand TeamBuilding's event flow and structure before bringing employees into the mix. The group was impressed with TeamBuilding's flexibility to modify their events for their specific needs. "We liked the customizability that came with working with TeamBuilding. We were able to build a Nerd Talk specific to our team's interests which was a strong value add."

The best endorsement a company like TeamBuilding can hope for is a referral. "I'm sure more folks from my company will be reaching out to TeamBuilding more and more."

How Government Agency does team building

A government agency in Europe had just made the difficult decision to postpone their annual meeting. Now, they needed a new way for their multinational team of 40 people to come together in one place.

"Everyone was quite nervous about what was going to happen. We needed to bring a little bit of fun into these crazy times. We also had a number of new hires and needed a way to show them what our company culture is like." said Anonymous who organized the event.

Like many of us when faced with the unknown, Anonymous went to Google to see what creative alternatives were available for team building in lieu of their annual meeting.

She found teambuilding.com and requested a quote. "I had personal contact right away with Marielle from TeamBuilding and was able to ask her all of my questions. Our team is quite casual, and so I knew Online Office Games would be a great fit".

The result: "I had really good feedback. I was quite happy about that!"

Anyone who has planned a team event knows it can be a bit nerve-wracking. What if the experience is not as fun as you imagined? What if the attendees don't think it is worth their time? Or worse, what if it is not worth the money you convinced the higher-ups to invest?

Any fears Anonymous may have had were instantly put to rest when the team's WhatsApp chat began lighting up after the event with messages like "Well done!", "So fun", "Really felt connected as a team", and "Just what we needed!"

Reflecting on their team's experience with Online Office Games, one message in particular stood out: "One person said ‘I totally forgot about COVID and being locked in'. This was one of the most important messages for me."

Advice for events with 37+ people

The client was impressed with TeamBuilding's ability to run a virtual event for such a large group. "I thought it was quite a big meeting to handle as a host, it is really hard to keep track with what everyone is doing on Zoom, but TeamBuilding's virtual host was able to keep everyone engaged."

Anonymous is no stranger to event planning. In fact, much of her work of late had been in planning the annual meeting. A major benefit was that she was able to sit back and let a third party come in and take the reins during a stressful time for the organization. "It's money well spent and it's the logical thing — to source it out to the experts."

Reviewing team building case studies is a great way to better understand the industry, options available, and efficacy of team buidling. By reading these reports you can get valuable insights about how team building worked at other organizations, including how the organizer and participants felt.

Next, check out these teambuilding.com reviews and these examples of team building.

We have fair prices, plus specials for large groups, packages and nonprofits. Enter your details and we will send you the info.

"It was AMAZING.Everyone had a great time."