You found our list of fun virtual games for large groups to play online.

Virtual games for large groups are online games and activities designed to be played with 10 or more people. These games typically include elements of simultaneous participation, like trivia or quizzes. Increasingly, these games are played on platforms like Zoom, WebEx and Google Meet. These activities are also known as “virtual activities for large groups” and “online party games.”

These activities are a subset of online team games and online group games, and often include virtual minute to win it games and Zoom games.

When you are bringing the team together, you may have trouble finding a game that accommodates everyone. Here are some interactive online games to play with big groups.

Virtual icebreaker Bingo is a fun game to play with large groups online. For this activity, each player has a randomly generated card listing characteristics such as “speaks 3+ languages” and “ate a sandwich today.” To win, you must find other players that match the characteristics and complete a line of squares. The game is easy, fun, and great for quickly creating introductions and familiarity.

Here is a game board you can use to play:

And here is a free template for icebreaker Bingo.

Superhero Academy is a fun and engaging virtual team building game you can play with large groups. The games and activities include team formations and signals, and “virtual minute to win it” style challenges. It’s fun! 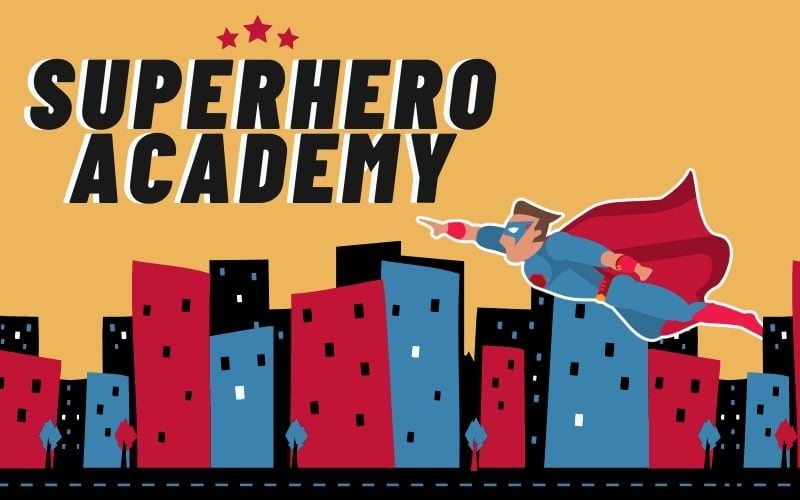 Superhero Academy is led by an expert host who will maximize engagement and participation for your group. The experience is 90 minutes, and run over a secure video conference line that we provide.

We host a fun and interactive online game for large groups called Online Office Games. The event includes icebreakers, trivia, communication games and more. The activities designed from the ground up for team building online. 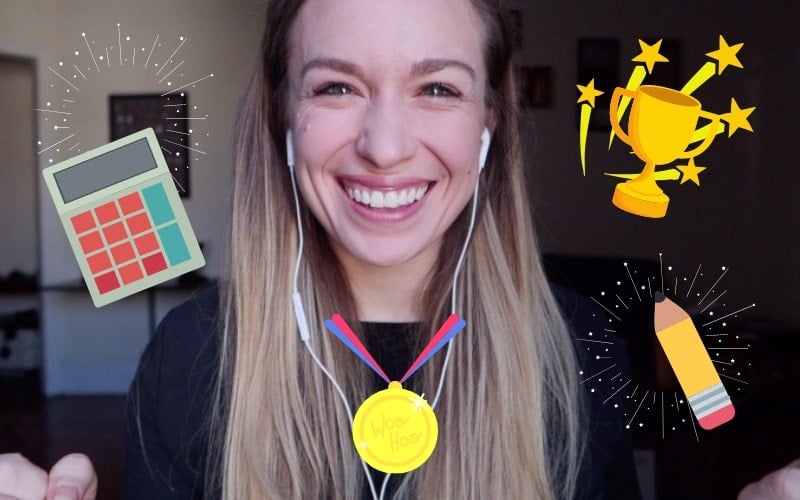 Online Office Games is a 90 minute event, and is conducted over a secure video conference online. We provide an energetic host to keep everyone engaged, and usually a co-host to manage the technical aspects. It’s a fun, proven way to build comradery and communication quickly for large groups.

Inspired by MTV Cribs, Cribs Quiz is one of the best virtual group games, where players submit a photo of their living space and the others must guess whose “crib” it is. To make educated guesses, players must draw on their knowledge of the other participants. The player who matches the most number of living spaces to their owners wins.

Similar to Digital Scavenger Hunt, since this game entirely depends on players’ submissions, you can include as many people as you want. In fact, by increasing the number of participants, the game escalates in difficulty because of the increase in choices.

A common warm up activity for large groups is asking icebreaker questions. For example, you might prompt your group with “your name, your role, and your favorite planet.”

There are also a number of icebreaker games you can play. These games and activities are a good way to start events for big groups that don’t know each other well. Example games include “Hello, my name is…” and “Most likely to ____.”

Here is a random icebreaker generator for prompts:

And here is a list of large group icebreakers for more inspiration.

International Monster Hunted combines elements of popular games like escape rooms and murder mysteries. First, your large group forms into smaller squads and creates a team name. Then, each team works together to solve puzzles, find clues and locate some unusual monsters around the globe. These are not your average monsters; think about the kind of beasties that not even Big Foot believes exist. 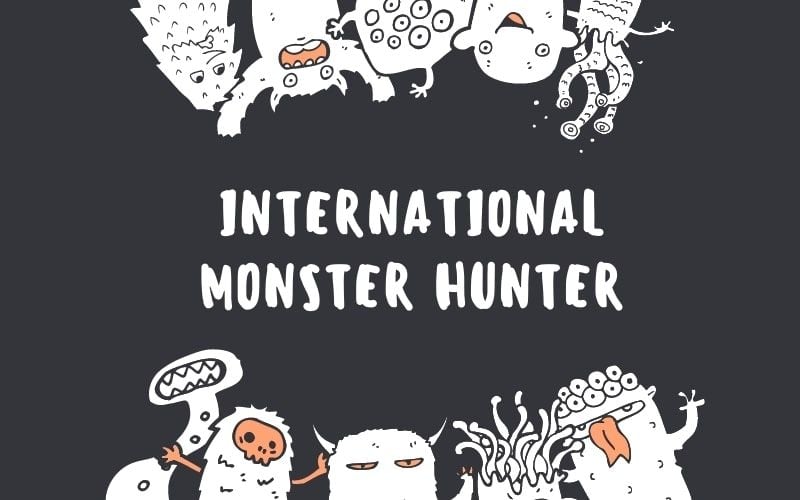 International Monster Hunter is a 90 minute event you can reserve for groups of all sizes. The experience is usually conduced over Zoom, and includes all the materials needed to play, plus a skilful host to keep all participants engaged. It’s a fun, unique way to connect your people.

Escape rooms are a popular activity for groups of all sizes. In person, you may be limited by the size of the physical room, but virtually you can usually play with very large groups. These activities can be a fun way to bring your people together to break the ice, develop teamwork skills, or relax and have fun after a long day of meetings.

Is your team a fan of solving mysteries? An easy way to involve a large group for virtual games is to host a murder mystery party. Prior to the game, every player receives a role and certain information that only their character knows. Then, during the game, a character is killed and the players must find out who the murderer is. The players who correctly guess the murderer by the end of the game are the winners.

Murder mystery parties are great for large groups because the games’ stories generally feature an expansive cast of characters that require varying degrees of commitment. So, if your group has members who are not willing to be the center of attention, then you can still include them without forcing them into an uncomfortable situation.

Some free murder mystery party games to try are:

We also offer virtual murder mystery games as a service.

For a more active game, Digital Scavenger Hunt is a good choice. To hold a digital scavenger hunt, compile a list of items and challenges for players to complete. Then, during the hunt, set a time limit and have players fulfill as many items and challenges as possible before time runs out. The player who completes the most items or challenges by submitting photographic or video evidence wins.

Because digital scavenger hunts hinge entirely on what participants have in their homes, the game can include an unlimited number of players. However, when choosing items or challenges, try to name items that are universal.

Here is a list of rules and items for your hunt.

Would your team rather work together than compete? Spaceteam is an award-winning game that is played using a mobile app. In this game, your group assumes the identity of a team piloting a spacecraft. You must follow the instructions and collaborate to keep the ship running as it outruns an exploding star.

While this game is generally limited to 2-8 players, you can modify its capacity by having multiple space teams playing at once. Then, you can crown every space team that accomplishes their mission as winners, making it a stellar virtual game to play with large groups.

Does your team have a competitive streak? Virtual Trivia is an online party game where teams of players answer trivia questions to win. Before the game begins, compose a list of questions spanning a variety of topics and ask players to sign up. Then, divide people up into teams, and ask each group to come up with a fun name. During the game, the teams rush to answer trivia questions, and the group that answers the most questions correctly wins.

Virtual Trivia is a great online game for large groups because it can be easily scaled up or down. If you have a very large group, you can always increase the number of teams competing. However, when you have participants, be sure to draw questions from across a spectrum of knowledge, so everyone can contribute.

Here are rules and guidelines for virtual trivia, and a guide to doing trivia nights at work.

Virtual Amazing Race is a fun activity for any group size, and works especially well for large groups. You can divide your participants into teams of two or three people, and give them challenges to complete like photo scavenger hunts, trivia, quizzes and more. This activity can scale to accommodate nearly any group size with a little preparation.

When planning online group games, choose competitions and challenges designed to accommodate all players, and keep them engaged during the entire experience. Successfully organizing these online games to play with large groups can lead to more successful and productive work teams.

What are virtual games for large groups?

What are the best online games for large groups?

The best online games for large groups are games that accommodate sizable numbers of players without anyone feeling left out or bored due to inactivity. Keep an eye out for virtual games that keep everyone engaged at all times or have designated roles for everyone to play.

What are some free virtual games to play with large groups?

Some free virtual games to play with large groups are: Murder Mystery Party, Digital Scavenger Hunt, Virtual Trivia, Cribs Quiz and Spaceteam. All of these online games are free to play and can be adapted to incorporate as many people as needed, making them suited for large parties that do not wish to devote resources to buy games.

What are some tips for facilitating large group games online?

Some tips for facilitating large group games online include: 1. Registering players beforehand, especially if your game requires you to split into groups, 2. Sharing rules prior to the game starting, 3. Selecting a video conferencing software or app that can support all participants, 4. Assigning a person to monitor players while you host, and 5. Keeping players’ names visible during the game. When playing online games with a large group, the greater number of people also increases the probability of technical difficulties. Therefore, if you can get most of the game setup out of the way beforehand, then the virtual event will run more smoothly, big or small.

Team building content expert. Jessica has a double major in English and Asian Studies, and experience working with teams across cultures; including 3+ years in Taiwan.