Here is our list of the best field day games for adults.

Field day games are activities and event ideas to keep teams engaged during a field day. Examples games include a Water Gun Race, Hula Hoop Marathon, and Tissue Collage. The purpose of these ideas is to have fun outdoors, emphasize the importance of physical activities, and create an environment of friendly competition for team building.

These games are examples of outdoor team building ideas, competitive team building activities, and ways to have fun at work with employees and are similar to Office Olympics games.

Field days include challenges and engaging activities for a fun experience. From Blind Man’s Volleyball to Wheelbarrow Race, here are some fun field day activities to try.

Tug-Of-War is a classic corporate field day game. The challenge is ideal for large and small teams. Two teams play each round. You will need a long durable rope and players with strong willpower. Players will pull on both ends of a rope until one group drags the other over a central line.

Consider the players’ strengths when forming teams. Although Tug-of-War is more than a test of power, it would be unfair to have all the strongest players on one team.

Three-Legged Race is a running contest where two players run as one team.

To play a Three-Legged Race:

Three-Legged Race is one of the best field day games with no equipment.

You can also play the game in a relay version. Divide the players into teams based on the number of relay parts. For instance, if there are four relay parts, then a team will have eight players. Then, set the groups around the field to run different parts of the relay. Instead of racing to the finish line, groups will pass a baton to other players in their team. The first set of players in the last part of the relay to reach the finish line wins for their team.

Having a theme is one of the best ideas for a field day. The activities and games will revolve around the central theme of a field day. Some fun theme ideas are:

A field day is an exciting event but adding a theme makes it even more enjoyable. You can ask the group to develop and vote on the theme.

Sack Race is one of the fun field day games for groups of any size. All you need to provide are sacks for the participants.

The game is relatively easy to play:

If you are playing the game in a relay-style, then the player will only run to a designated part of the relay. After reaching the maker point, the player takes off the sack and hands it over to another team player who wears the bag and continues hopping for victory.

Balloon popping games are hilarious field day activities for adults and kids. This outdoor game is excellent for both small and large teams. The game involves racing to pop the highest number of balloons.

A different version of this game involves players blowing air into the balloons until the balloons burst. The number of balloons popped by a team will determine which team wins the game.

Wheelbarrow Races are fun field day event ideas requiring two players to play as one. The game involves running against other teams while taking the form of a wheelbarrow. To play Wheelbarrow Race:

Egg and Spoon Race is an exciting field game that involves players racing with an egg and a tablespoon.

Egg And Spoon Race is more complicated than it looks. The game requires a high level of focus and balance. You should avoid using raw eggs because you may lose the egg once it falls. Instead, use boiled eggs or painted balls.

Water Gun Race is one of the most exciting team field day ideas The materials you need to play the game include water guns, cups, and blindfolds.

This method of playing Water Gun Race is more challenging and great for promoting teamwork. Also, you can change the size of the cup based on how difficult you want the game. With smaller cups, the game becomes more challenging.

Tissue Collage is one of the easy field day activities for adults or younger groups.

To make a Tissue Collage, you will need:

Making this art project is quite simple. First, cut out the tissue into small pieces in shapes and designs of your choice. Then put a layer of glue underneath a tissue piece. Next, place the glued part of the tissue down and cover the tissue with another layer of glue. Repeat the process until you complete your artistic design.

Blind Man’s Volleyball is a fun game with rules similar to regular volleyball. However, the players on both sides cannot see each other because of a cover on the net.

The equipment needed to play Blind Man’s Volleyball are:

You can customize the game’s rules to fit the experience you want with your team.

Dress-Up Race is a fun game for field day events. Just as the name implies, the game involves participants racing against each other by dressing up. The equipment you will need includes a suitcase and clothing items.

Dress-Up Race is a fun yet simple game for teams to play. You can expect to have loads of laughs with this game, and be sure to reward the winner with a prize.

If the regular relay race sounds boring to you, then the Wet Sweatpants Relay is a way to spice the game up.

The rules for the game are:

The winning team has the player in the last relay part who first made it to the finish line.

Hula Hoop Marathon is a fun activity to do on field day. First, give the participants a hula hoop each. Then at the count of three, let the participants begin to spin the hula hoops around their waist. The goal of the game is to find out which member of your team can hula hoop the longest.

You can also accompany the hula hooping with good music to set the mood.

Ring Toss is a game where players toss rings over stacks, hooks, or bottles. The game helps to improve teams’ hand-eye coordination and build motor skills. You can purchase a Ring Toss game set or make a DIY Ring Toss with bottles and rope pieces.

After setting the game, divide the players into teams. The players can play individually if your group is small. Next, flip a coin or simply reach an agreement on the team that goes first. Each player takes turns tossing the ring over a stake. For each ring correctly thrown, the player or team wins a point.

The classic relay race is one of the most fun field day games with no equipment. One benefit is that you can play a relay race even without having a baton. To play this game, divide your group into teams. The number of players in a team will depend on the number of relay parts.

The teams do not have to only run in all parts of the relay. You can switch up the relay activities to make the race fun. For instance,

There should be a known signal to let players in one part indicate that they ‘pass the race’ to a player in another position. For example, a player can shake hands briefly with another participant to pass the race.

Dancing is an excellent way to entertain and engage team members on a field day. With good music and a group of willing dancers, you are good to go. You can have the dance in different variations. For instance, you can organize a dance contest to see which participant has the coolest moves.

Also, you can invite an expert dancer to the team to teach your team members some dance moves. You can also do the ‘copycat dance.’ During the copycat dance, a dancer makes a dance move. Then other participants try to imitate the movements as best as they can.

Regardless of the dance type, the most important thing is for you and your team to have fun.

Here is a guide to team building dances.

Team field day offers an excellent opportunity to play games and boost communication among team members. These events appeal to the competitive members of your team, and give all employees a chance to get outside, get moving, and break up the normal workday routine. These games are great for boosting camaraderie and cooperation in an office. There are several ideas you can use for the event to keep attendees fully engaged.

For more fun physical challenges, check out these lists of DIY Amazing Race ideas, Minute to Win It games, and scavenger hunts for adults.

Here are answers to questions about team field day ideas.

What is a team field day?

A team field day is an event where teams play various field games and engage in fun activities. The event helps to promote team spirit and emphasizes teamwork among participants. A field day is ideal for your company’s summer events like a summer team-building event, summer party, or an offsite in warm weather.

How do you plan a team field day?

To plan a team field day activity, set a date for the event. Then establish a planning committee to take most of the burden of planning. Sort out the activities and events to entertain the attendees and plan for refreshments. Also, prepare a first aid kit in case any participant gets injured.

What are the best field day ideas for teams? 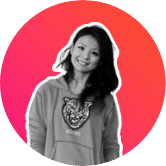 Content Expert at teambuilding.com.
Grace is the Director of People & Culture at TeamBuilding. She studied Industrial and Labor Relations at Cornell University, Information Science at East China Normal University and earned an MBA at Washington State University.