Large group icebreakers are games or activities to get teams of 20 people or more talking to each other. Common examples include “Never Have I Ever” and “Most Likely To.” The purpose of these icebreakers is to help build relationships and spur discussion among people who may have trouble getting the conversation started by themselves. These activities are common at meetings and other corporate settings, and are also known as “ice breakers for large groups.” 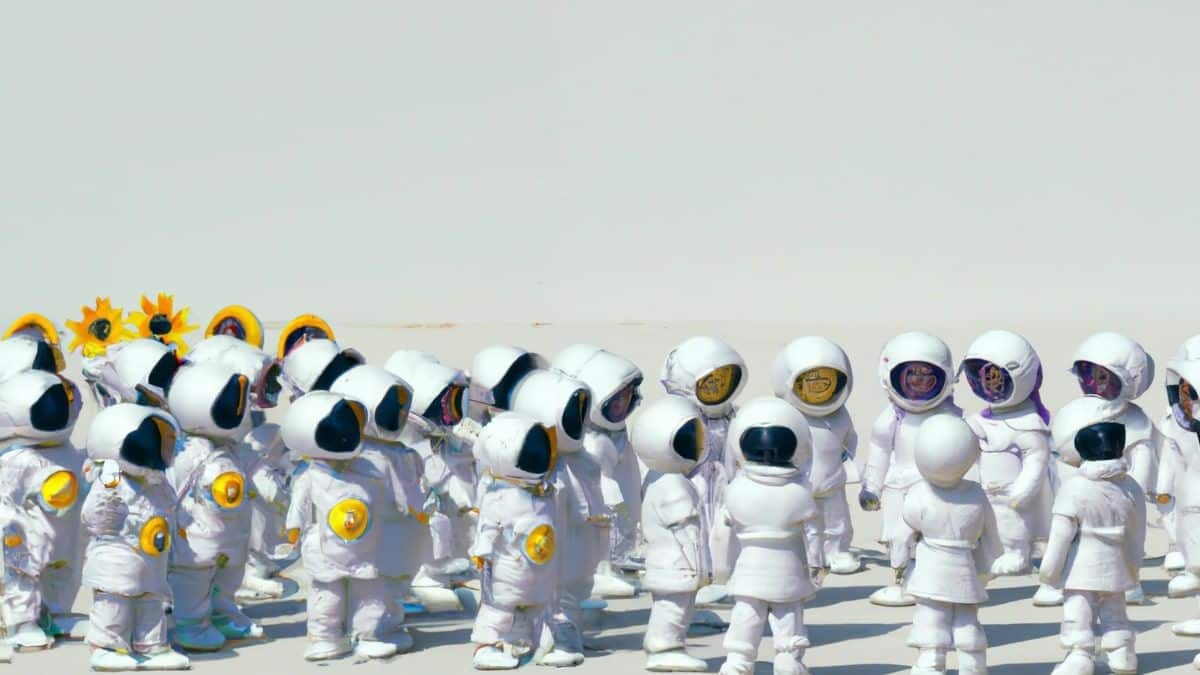 When you have a large team, it may be difficult for people to chat because not everyone may be familiar with each other. If this situation describes your team, then check out this list of icebreakers for large groups.

For teams that do not know each other yet, Hello, My Name Is… is a large group icebreaker game, where employees form a circle and introduce themselves with their name and a quirky fact about themselves.

Then, the next person introduces everyone who has gone before them, along with their fun facts, before introducing themselves. If a person forgets a team member’s introduction, then the introductions start over again. The team wins when they are able to go around the circle without making any mistakes.

The goal of this icebreaker is for your team members to learn each others’ names and to associate names and faces with easy-to-remember facts. When your colleagues run into each other in the future, they are more likely to recognize each other. “Hi, Michael that only owns one shirt.” Not to mention, they will have shared topics to talk about, which facilitates team bonding.

You can also ask questions to get to know someone.

One of the best games to play with large groups is icebreaker Bingo. Most people are familiar with the rules and format, which makes the game quick to start. Plus, you can keep track of winners and award fun prizes.

Here is an icebreaker Bingo card generator for your games.

Most Likely To is a simple to put together large group icebreaker activity, where participants assign who is most likely to do certain activities. Prior to the game starting, compile a list of “most likely to’s”.

Examples of great “most likely to’s” include:

When you wish to play, gather everyone into a large circle, and read out the first item on your “most likely to” list. Then, everyone votes on who is mostly likely to complete that activity and briefly explain why they feel it is true. Once voting is done, pass the list on to the next person and repeat the process.

Most Likely To is a stellar large group icebreaker because everyone participates equally, and the activity can be scaled up or down depending on group size. Additionally, Most Likely To reveals your team members’ impressions of each other, which results in funny revelations.

Here is a list of who’s most likely to questions to ask.

If you ever took a psychology class, then it is likely that you have heard of Gardner’s Theory of Multiple Intelligences. This large group icebreaker game takes inspiration from Gardner’s theory, and asks your team to decide who they would eliminate from a desert island.

The premise of Desert Island Intelligences is that eight people, each embodying one of the intelligences, get stranded on a desert island. These eight people know that the island’s resources cannot support them all, so they must slowly vote their compatriots off the island. Your team needs to figure out what order they should boot off the eight intelligences, using logic to debate each other to back up their decisions.

Because of its intriguing premise, Desert Island Intelligences easily gets your team talking, even if they were unfamiliar with each other at the start. The team building game also exposes how your team members think, and also what kind of intelligences they prioritize in survival situations.

For similar activities, check out this list of problem solving activities.

5. Never Have I Ever

Never Have I Ever is one of the most exciting ways to learn weird facts about your coworkers. In this game, each player holds up a certain number of fingers. Each turn, players name one action that they have never done. If a participant has done the activity, then they put a finger down. The first person to run out of fingers wins. For large groups, have players hold up ten fingers, instead of five fingers, so the game can go on longer.

Some amusing Never Have I Ever prompts are:

Never Have I Ever is a large group icebreaker because the prompts will naturally prompt discussion, as players ask each other to reveal the stories behind each statement. Because of this aspect, your team grows closer as they learn more about each other.

Check out this list of the best Never Have I Ever prompts for work.

The Neverending Story is a great large group icebreaker for exercising your team’s creativity. To start, begin telling the first sentence of a story. Then, pass the story on to the next person. Each following person elaborates on what the previous person created.

The Neverending Story makes a fantastic icebreaker because having so many people collaborating on the same story results in a complex plot. The story will be more rich and complicated than you may have anticipated.

Achievements Under 18 is an intriguing icebreaker to learn about your employees’ pasts. To play, gather your team and have everyone share one achievement they are proud of that they accomplished before they turned 18 years old.

Since the achievements must have occurred before age 18, this icebreaker provokes interesting discussions. The game also shows what your employees valued at that age, revealing parts of their personality that you may not have known about previously.

Have you ever had a hot take that surprised everybody? Hot Takes is a fun game for large groups that asks employees to reveal a controversial opinion they have about a certain topic.

Some great Hot Take topics include:

Because this game prompts participants to reveal their opinions, your team will learn new information about each other. And, due to their controversial nature, the hot takes are sure to stir up discussion among your team as well.

9. Two Truths and One Lie

Two Truths and One Lie is a game where each person puts forth two true statements and one lie and asks everyone else to guess which statement is the lie. Because of the nature of the game, team members learn about each other through the truths and lies they tell. You can play Two Truths and One Lie with as many players you want, which makes this game suitable for both large and small groups.

Business Card Tag is one of the most effective ways to hold a large group icebreaker. Before the activity, remind your team to bring their business cards to the gathering. It does not matter if your coworkers decide to bring personal or company business cards.

For this exercise, your team’s goal is to collect as many business cards as possible. When colleagues give their business card to another, they must write down three fun facts about themselves on the back of the card. The player who amasses the most business cards by the end of a 40-minute period wins. At the game’s conclusion, the victor reads through the business cards they collected.

New colleagues who are part of larger organizations will benefit from playing Business Card Tag because they will end up with a rolodex of their coworkers’ business cards, and learn three fast facts about them by the end of the game. By setting up this activity, you introduce your team members to each other in an inventive and unforgettable way.

Designed for artistically-inclined teams, Community Mural is a very chill icebreaker. First, divide your team in groups, and hand out large poster boards and art supplies. For those who want an office makeover, you may also assign large swaths of the walls for this activity, instead.

After you have given out supplies, set your team loose, and have them create a mural. You can choose to have your team paint or draw designs or have them write words that inspire them or describe their ideal workplace.

Either way, encourage your team to relax and chat with each other while they work. Community Mural is a terrific icebreaker for large groups because it creates a calming atmosphere for colleagues to get to know each other, while they demonstrate a new skill and make the office a more aesthetically-pleasing place.

Here is a list with more community building activities.

This or That is a fun questions game for large groups. To play, line your people up in conversation pairs and then prompt them with simple this or that questions. In each round, the players take turns saying their choice and stating why.

Here are a few questions to get started with:

And here is an entire list of this or that questions.

Doing icebreakers is a great way to build connections, comfort and community in large groups. The games and activities on this list can help contribute to a successful team retreat, conference or other event type. And there isn’t a limit on how many icebreakers you can do with your group, so it is kind of the more the merrier!

Next, check out our list of icebreaker books, this one with icebreaker questions for meetings and these fun connection games.

What are large group icebreakers?

What are the benefits of doing icebreakers with large groups?

Some benefits of doing icebreakers with large groups are:

By participating in these icebreakers, your organization will run more smoothly, and your workplace will become more enjoyable. When you create a more comfortable office and instill an increased sense of group loyalty, your employees will feel more happy about working and will devote more of themselves to the company.

What is an easy large group icebreaker game to start with?

An easy large group icebreaker game to start with is Hello, My Name Is. This game introduces everyone’s names, and a fun fact about each person, which helps humanize your large organization and familiarize everyone with each other.

Ensuring that your activity can actually accommodate groups of 20 people and more is what makes icebreakers for large groups work. You need to make sure that all players are participating the entire time, so no one ends up on the sidelines, bored. To guarantee that your icebreaker works for large groups, first test out the exercise with a smaller group of around ten, before scaling up to 20. 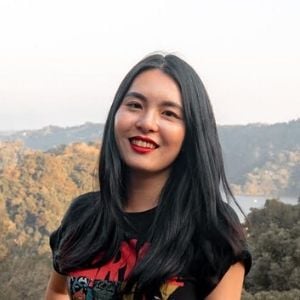 Content Expert at teambuilding.com.
Team building content expert. Jessica has a double major in English and Asian Studies, and experience working with teams across cultures; including 3+ years in Taiwan.